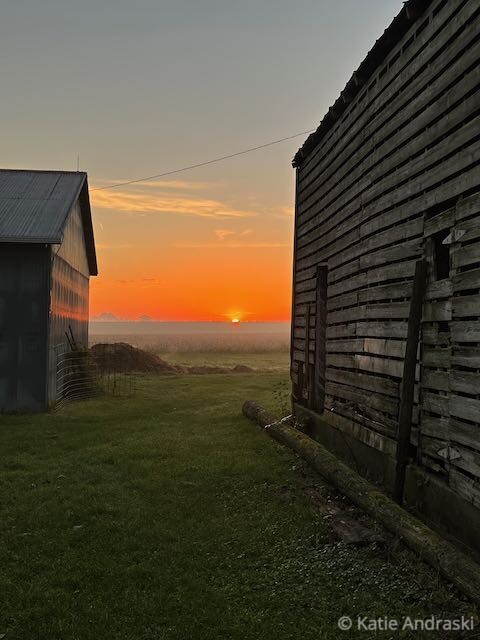 A Meditation on the Power of Prayer

We live in fearsome times with famine threatening to kill millions, the threat of a radiation leak from the largest nuclear plant in Ukraine, inflation making things more expensive, drought, wildfires. Here in the United States, we seem to be more intolerant of each other. I wonder if world leaders have our best interests in mind. Times like these make me wonder if the four horsemen of the Apocalypse are riding out in force. We are seeing war, famine and inflation.

But this quote reminds me that our prayers are more powerful than we can imagine. We can influence what happens in the world, especially if we pray for the healing of the nations, our community, and our hurting people. Prayers can move us to do something about the hurts in our local world.

Remember when the seventh seal was opened? It’s an image that popular culture says strikes fear in our hearts, but did you know that was about the power of prayer as well? Here’s the passage: “When the Lamb opened the seventh seal, there was silence in heaven for about half an hour. Then I saw the seven angels who stand before God, and seven trumpets were given to them. And another angel came and stood at the altar with a golden censer, and he was given much incense to offer with the prayers of all the saints on the golden altar before the throne, and the smoke of the incense, with the prayers of the saints, rose before God from the hand of the angel. Then the angel took the censer and filled it with fire from the altar and threw it on the earth, and there were peals of thunder, rumblings, flashes of lightning, and an earthquake” (Revelation 8: 1 – 5).

Did you hear that? The smoke of the incense with the prayer of the saints rose before God from the hand of the angel. Those prayers are the simple words we pray before meals, or during devotions when we ask God to help people, help us. Our prayers are heard when we ask God to give the persecuted church strength and witness and when we ask for the Kingdom to come on earth as in heaven.

But there is even more power offered in this vision because the angel fills the censor with fire and throws it on the earth. Here’s what Eugene Peterson says, in Reversed Thunder: “Prayer orients us to God’s design…If there is design, there is also hope. Our vertigo is cured. We discern direction, plot, and purpose.

“Out of the silence of heaven, actions are prepared. The prayers are not simply stored on the altar, they are mixed with the fire of God’s spirit and returned to the earth. Prayer is as much outer as inner. It is the most practical thing anyone can do. It is not mystical escape, it is historical engagement. Prayer participates in God’s action. God gathers our cries and our praises, our petitions and intercessions, and uses them. The prayers that ascended to God now descend to earth. God uses our prayers in his work. ‘Prayer’ wrote Pascale, ‘is God’s way of providing man with dignity of causality” (95).

And the angel takes the censer and fills it with fire from the altar and throws it to the earth…Fire. Tongues of fire danced on people’s heads at Pentecost. Peals of thunder, rumblings, flashes of lightning, when God spoke to Moses and gave him the law on Sinai. Our prayers rise before God. And he listens. He hears us.

Jesus is interceding for us. And when we intercede for people, we are participating in Jesus work right now in the throne room. So often we are so self-absorbed we forget to ask how people are doing. And yet when we intercede, we are tuned to others’ needs and ask, doing a little of what we’re told to do which is love your neighbor.

I wrote this for our church newsletter and thought I’d share it here to encourage you to make prayer a bigger part of your life. Watch for God’s hand moving in your life. I saw it the other day when a former student shared that his sister who could only eat a few ounces of food a day before she got sick, and was completely healed at a tent meeting.  Her doctors have said she had gone into complete remission. Her brother got his beloved sister back.

Years ago I read in The New Republic that the Berlin Wall fell peacefully because of people holding prayer vigils around Berlin. I couldn’t find the article but here’s another account. I remember reading about the candles. In “Peace Prayers Helped Bring Down the Wall says Leipzig Pastor” Pastor Christian Fuehrer says, “Around 6,000 to 8,000 people were crammed in to the churches in central Leipzig, and a total of 70,000 people had gathered in the city. Everyone was holding a candle, a symbol of non-violence – you need to hold a candle with both hands to keep it from going out, which makes it impossible to throw stones.” I remember reading about the candles, how the wall fell with no bloodshed. Apparently the tanks were lined up.

Pastor Fuehrer continues, “Later, a member of the SED Central Committee said: ‘We had everything planned. We were ready for anything – except candles and prayers.’ The police had not been briefed for this possibility. Had we thrown stones, they would have known what to do: They would have attacked. But the tanks had no choice but to withdraw without a single shot being fired, and that’s when we knew that the GDR would never be the same again…It still moves me today to recall that in a secular country, the masses condensed the Beatitudes in the Lord’s Sermon on the Mount into two words: No violence! And then they practiced what they preached. If miracles happen, this truly was a one. It was the first successful revolution, and it was a peaceful one.”

I just read Philip Yancey’s story how Gorbachev met with evangelical leaders from the US in “The Day I Met Gorbachev”.in the wake of the break up of the Soviet Union. Yancey writes, “In the midst of such bedlam, a group of prominent American Christians received a surprising letter signed by both Gorbachev and Yeltsin. ‘In the difficult, often agonizing transitional period that our country is experiencing,’ it read, ‘spiritual and moral values acquire a great, if not paramount significance.’ In essence, the leaders were asking how to restore morality to a spiritually bankrupt society.”

This is the kind of power our prayers can release onto the earth.