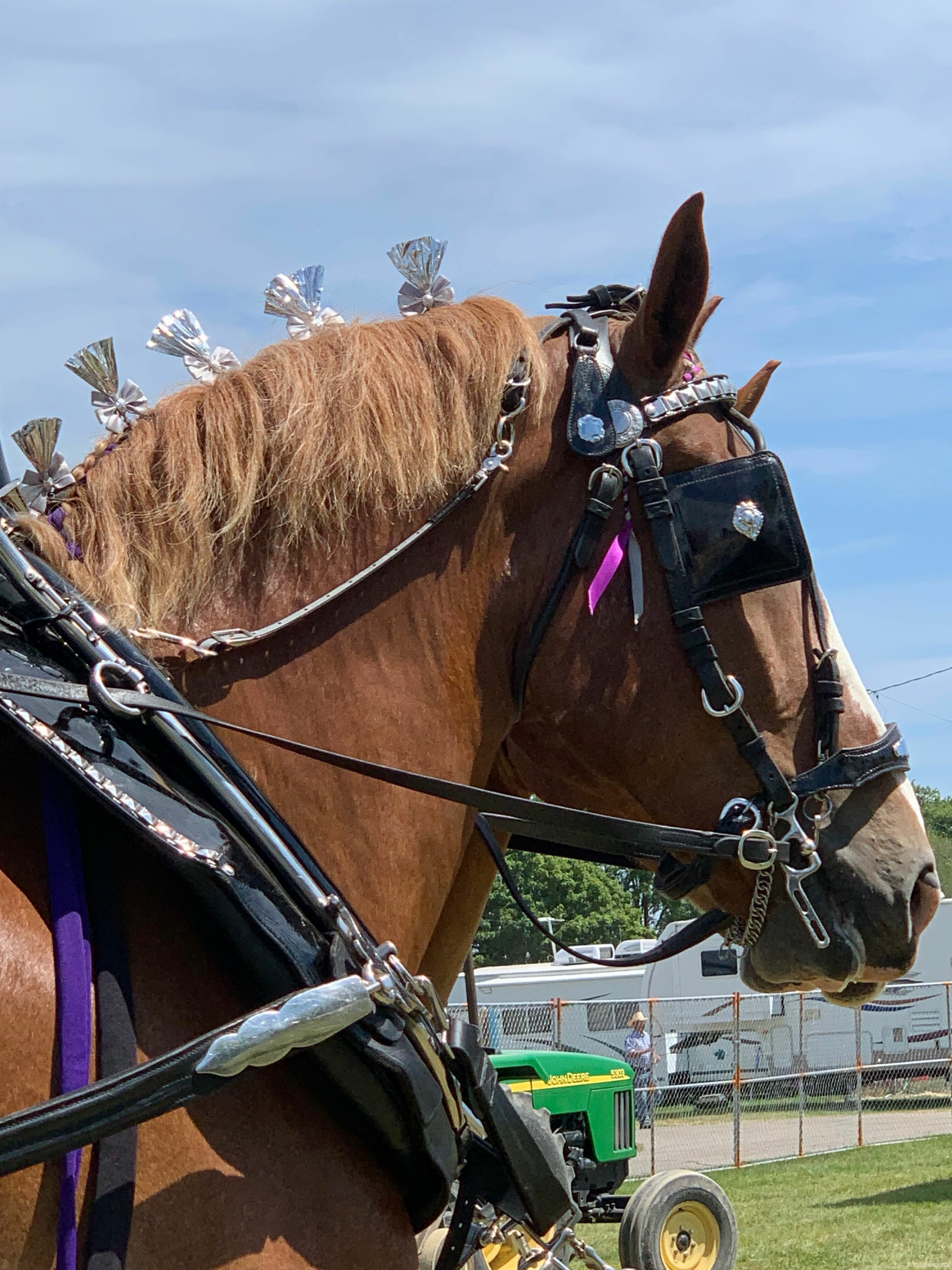 In Defense of Prayer: WNIJ Perspective and Midweek Interview

Lately, I’ve heard people mock the idea of thoughts and prayers in the wake of a tragedy, but I have seen the power of these prayers. Jesus says we’re supposed to bug God with our requests, and that we can ask him for anything. I have prayed for friends and seen their marriages healed. I have seen daughters take an interest in faith. I have found joy again.

I prayed that God bless a woman I hated because every time my thoughts turned towards her, I sputtered about what I’d say to her face if I had a chance. It was ugly imagination. The only way out was to turn those “I wish I’d said” imaginations into blessing. Jesus said to bless our enemies. The Buddhists say to wish others well, including ourselves. (I’ve noticed that my hatred towards her was hatred towards parts of myself I couldn’t stand.) It took twenty years, of turning thoughts as hard as stacking hay in a barn, but that enmity healed and became trust.

Sometimes I wonder whether my prayers do any good. I have seen suffering ratchet up instead of easing. But my friend still asks for prayers. It is hard work, this praying, because your thoughts turn toward someone else, when they could be yours. You release hopes for blessing like flapping doves. The Psalmist says God collects tears in a bottle. I believe he does.

Here’s what a wrote on a similar theme years ago. This blessing my enemy has been a practice that saved my sanity.

For whatever reason she is someone I can’t confront. I can’t talk to her about what’s troubling us. Often she’s nothing more than a wet hen pecking at me incessantly—you aren’t worthy, you don’t belong here, you’re not good enough. The wounds are subtle, but I bleed.

I know my enemy because she sits like a cockleburr on my soul, the prickers so sharp it does no good to talk it out, the pain only nestles, making itself comfortable and me obsessing: I could have said…I should have replied… But anything I might say to defend myself would be met by an accusation I cannot answer.  My brain rides a spin that skips, the music played over and over.  I bore my friends. They withdraw.

I do not want to be married to my enemy because of the hate, but I am harnessed to her as surely as two Clydesdales are bound by heavy leather straps, tugs, and the load they are pulling. Besides, just because she hates me, and sometimes it’s just that, her hatred, it doesn’t mean I have to hate him back.

There is wisdom behind Jesus’ commands to love your enemies; do good to those who hate you; bless those who curse you; pray for those who mistreat you. It’s a wisdom that reflects the saying that when we hate others it’s because we are uneasy with ourselves. But sometimes it’s easier to hate someone out there, who has done us wrong, than our own souls, who did someone else wrong. How can I pray such a thing when I hate her? I hate the woman. There I said it.

I swear it’s like shoving my shoulder against a Clydesdale that will not move, her quarter ton hoof resting on my foot. Bless. Her. My enemy. I lean into the horse. Punch her flank. The mare turns her head, looks at me with kinder eyes than her hoof, leans into me. Bless the nag. God. Get her off my foot.

God what am I saying? I can’t tell you what to do. I can only trust your Spirit’s stepping between us, with a language more like groans and I think about my dog as he stretches out of sleep to waking, with low throated greetings like nickers from a horse.

God does something, or the prayer’s own power, or the goodness being traded for evil, but some magic of goodness happens. He feeds her, my enemy, pouring oats into her manger.  She steps forward. I pant as the blood shoots into my foot. The pain eases.

I have seen this blessing work a slow miracle in the most intractable of relationships, where I had no hope we’d ever speak again, but there we were, talking and listening with compassion. So this is one thing I believe and practice. I bless her, my enemy. And in blessing her I bless myself.

Now to switch subjects. (This should have gone out last week, but I’m slow.)

I was compulsively checking my Gmail account when I saw that Google Alerts had my name posted. Usually they do this for WNIJ posts but this time the headline was: Schaumberg Resident Named Semi Finalist in Statewide Publishing Competition. Huh. Why is my name there? I read through and saw my name was listed first in the list of fifteen semifinalists for the Soon to Be Famous Illinois Author Project. Last spring I entered the competition, thinking why not? Then I forgot about it because I don’t tend to win.

If a person sends out their work, they’re in for lots of rejections. Plowing through those increases the chance for acceptances. (I’ve never been good at plowing through the rejections. Ever. They seemed like a verdict on my worth as a writer. Though when I did get personal rejections from people like Michael Curtis at The Atlantic, I never pushed through, I never bugged him with story after story. I chalk this up to my fear of audience. I was terrified of my audience. Terrified I’d be sued. Terrified of what my relatives would say. And creative writing workshops both in grad school and after, increased my fear of audience because they were so brutal. I think the reasoning in my workshops was to toughen us up but it had the reverse effect on me.

I used to drive to Highland Park for a writer’s group, every week, a drive that was over an hour both ways. I’d return around midnight. The “First Draft Group” was kind but I found that instead of writing my draft from beginning to end, I was stuck on the first fifty pages. I decided to leave even  though the group had become a support group and my identity was wrapped up in being a member of this high powered group.

My writing took off and I imagined the draft end to end. I listened to the quiet voices of my characters. Eventually I hired Helga Schier, a professional editor, who undid the damage those workshops did. (I believe I blew my opportunity to be published traditionally because of it because four top New York editors and eight top agents were interested in it, but I’d not drawn my characters clearly, but it took so long to revise the book, that the whole industry had shifted.)

I published The River Caught Sunlight partly to learn how to have an audience. I wouldn’t have  started this blog otherwise. What a gift you all have been to me. I am grateful to you for reading this blog, for your kindness and thoughtful responses. You’ve gently said, keep writing, your work means something to us.

Facebook too helped me learn to have an audience because I used to post little descriptions of my days and people received those prose poems. (I have a draft of one particularly hard year, that one day, I may publish.)

I’ve moved to posting pictures because sometimes I’m wordless, or thinking way too much about politics and don’t want to go there because the conversations are long and exhausting and can run to disrespectful. Even here I feel I am moving from being rich with words, to being poor with them, but  with images, I can show you what I’ve seen in a week. While I want to stay in touch, I need to spend the time I spend here working on getting some poetry, some essays and even the sequel(s) to this published. So my blogs may be shorter, more pictoral, less polished.

At any rate after being named semi finalist for the Soon to Be Published Author Contest, I was contacted because the Midweek wanted to interview me. I called Katrina right away and she agreed to interview me that afternoon. (I’ve gotten so good with procrastination that if I don’t get on things right away, weeks go by.) Here is her well written article that captures my voice down to how I use sentences: Catching Sunlight On the Record with Katie Andraski

Notice of the essay even made front page!

I did not move on to the finalist round. Here is the information on who won. These books all look like great reads. 2019 Finalists Announced

This has  motivated me to finish the process I started two years ago with buying the rights back to my book. My friend Roberta Lawrence designed the logo. I sent it along to my former publisher but never followed up. Overwhelm, a feeling like a migraine without the headache, like walking through water took over. Click on the link below to see my logo.

Roberta and I figured that light catcher would be a good name for my press because I’m always looking for light. What better light catcher than a tree? I’m pleased with what she came up with.

So all this worked to finish the process I started with buying the rights back. John Koehler kindly shepherded me and the book over to Light Catcher Press. I’m hoping to release some poetry in the next year and get back to work on the River Caught Sunlight series.

At any rate thank you for your support. For reading these posts.

If you haven’t already subscribed, you can sign up here.