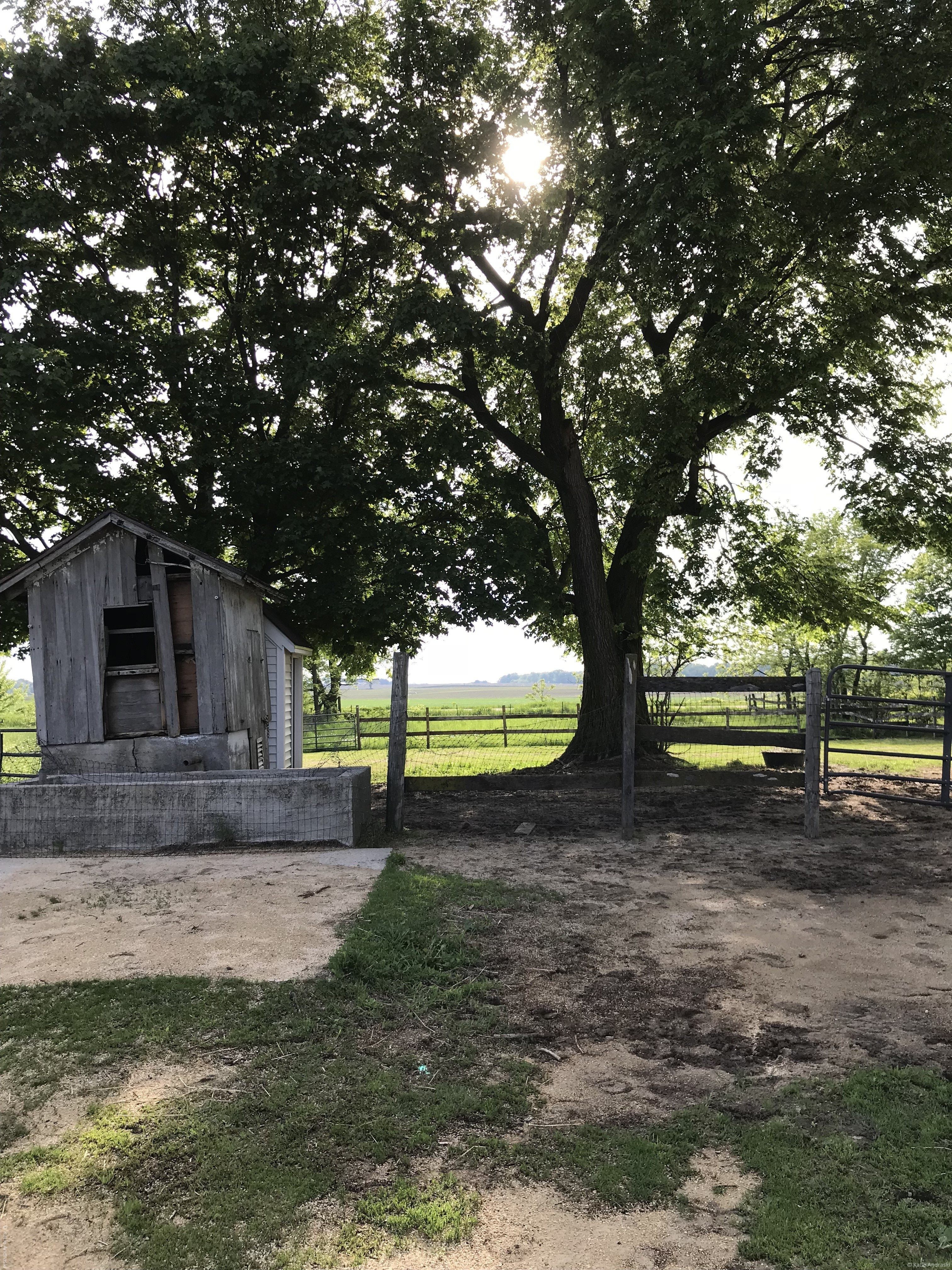 I wake up listening for the rejected rooster. We leave the barn doors open at night because it’s been hot and I want ventilation for the horses. He likes to sit on this bale, so I don’t move him to a room I can entirely shut up. He doesn’t have a name, but he is a pet, a tame rooster that has been ostracized by the flock. For awhile he had a couple hens, but they joined the other rooster. I know how this feels. I still miss friends who eased away over a decade ago.

We’ve had an aggressive rooster that dug their talons into my leg, a deep scary wound, that thankfully never got infected. Bruce dispatched him, threw him on the fence line as food for coyotes and turkey buzzards.

The other night the coyotes howled just across the road in our neighbor’s waterway. Trains singing the rails make them yip and sing. They also howl over a kill. Their song haunts me. They sound like they are in pain and afraid. I want to call them in, comfort them, make them pets. I stood on the porch glad my animals were safely in the barn, the chicken shed, and the house. I listened, the air cool around my legs.

I listen for my rooster when I wake because we have lost chickens from an open barn. We nearly lost one this summer when a coyote sauntered down our driveway long before sunset. I’m surprised we haven’t lost more from their pecking along our neighbor’s field, a long way from cover. Funny how I care about these hens and roosters. They’re scraggly and some are seven/eight years old.

They eat grass seed Bruce has planted over the dirt where there used to be stumps that he patiently burned. One summer we lost 25 pine trees in a drought. He patiently toppled them, one by one. He fences the seed, so my chickens won’t eat it. But they also eat maggots, keeping flies at bay. I think they are like moving flowers. There’s something humble in the way they peer at me, when it’s time to feed. I am reminded how Jesus said he longed to gather Jerusalem under his wings like a hen gathers her chicks.

My sleep is getting better and better because the sun is rising later and later. The dogs wake with it, so a later sun means I am getting that extra hour. The rooster waits too. I listen when I snap awake.

The other night  I listened to owls. Bruce says they are a mysterious secretive bird. I read once that they could be visitors from another world, that seeing them, was like seeing into another dimension. Then there’s the adjective “wise” that we pair with owls. Earlier this summer we drove up to the farm after dark and saw one perched on the shed roof, a large black weather vane. (Sometimes I wish I had a fancy camera to have captured that picture.)

Have I ever mentioned the magnificent trees on this farm? How they are like “small g” gods? It wasn’t a loss to lose the pine trees, but the ash trees, the emerald ash borer destroyed, it was a loss. We are slowly losing our oaks.

We cut down three of those ash trees, the farm filling up with men working, but that’s a story for another day.

I wake up listening for the rooster and so far I hear him crowing. At the cock crow Jesus said Peter would deny him. When I walk out for final chores, the rooster watches to see if I will shag him back into the safe room. I look back and let him stay on his bale of hay.

In the morning I listen, glad to hear him calling for the sun.

What do you listen for when you first greet the day?

If you enjoy my writing, feel free to sign up for my email list and receive these posts right to your inbox. I post once a week or less. Click on the link here.