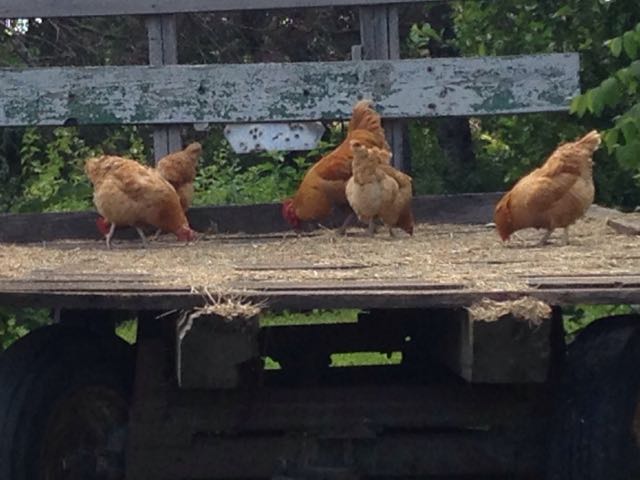 How I Hate Lent

By Katie Andraski March 3, 2015 Reflections on the ground, Spirituality
18 Comments

My heart sank when Pastor Kinnear preached about Jesus being driven into the wilderness by the Holy Spirit, flapping her wings like a chicken whacking a person as they pick her up, before they smooth her wings down to their chest. God tells Jesus he is pleased with him and bam, out to the desert he goes to be tested. Proverbs says a man is tested by the praise accorded him. I wonder if this is true of Jesus and us. After God called Jesus beloved on the Mount of Transfiguration, Jesus died. When the heavens open, and a friend’s voice, says God’s words, “You are beloved. Well done” we might figure a trial will come. Or maybe they are an angel ministering to us like the angels ministered to Jesus when he walked the desert those forty days. (Pastor Kinnear said that if Mark said there were angels with Jesus that whole time, there were angels because Mark doesn’t write much about angels. He said angels for us can come as people.)

I hate Lent because I’ve walked into a dark night, grief, major illness during this season pretty much every year for the past seven. Those ashes scraped across my forehead don’t feel like hope to me. This year I’ve looked over my shoulder wondering when I’d be clobbered next.

I am reminded of a Lent, a few years back, when I questioned my worth as a teacher, as a woman. I gripped the Jesus Prayer, the Lord-have-mercy-on-me-a-sinner prayer with all my might. I continued to stand in front of my classes, even though my confidence had dropped into heartsickness. A woman contacted me on Facebook asking if I was a poet who lived in Arkansas in the 70’s. Well, yes I was. Her boyfriend, Derick Patterson was looking for me, wanted to talk. I cringed with guilt because I’d had a crush on his dad, really a crush on the whole family those years, a school girl crush that saw light glimmering around every last one of them, light that drove me to pray for the whole family to meet Jesus. I’d visit them because they took me away from the difficulties of being a poet in a rigorous workshop.

Derick got on the phone, said he never forgot how I told him to “Listen to the day.” He still folded the poem in his wallet. Barely, I remembered the time we stopped by the White River on the way back to their place from town. How I told him and his brother to be still, to listen to the silence, which was the ripple of the water and wind through the leaves and the birds, but not engines of any kind.

He said wherever he traveled he did this, he heard the world without the sounds of man from cars, trains, jets. He only found two places that our noise hadn’t touched. He named those places. He said something about how amazing it was to have a poet as a babysitter. (Derick and Jesse were pretty much the only children I ever babysat.) I remember a young, tow headed boy, full of energy. Now he’s a strapping man with a mustache and strong work ethic, working with his hands as a farrier and now hiking up to the tops of electric poles as a lineman. He said he knew the Lord, that his mother and father and brother came to know him too. I remember praying off my crush, and the moonlight in the windows and fire crackling in the fireplace in their remote Arkansas home. I’ve always wanted to be the woman followed by children she didn’t birth that CS Lewis and Isaiah write about. I felt that right then, that children would find me when the Kingdom comes, and I would not know how I’d touched them, but I had. Derick’s finding me was a headlamp as I picked through the rubble of my sense of myself as a teacher and woman.

So often I feel like my faith leads me to condemnation, to driving hard guilt, so when Pastor said that Lent is a time of God driving us to the wilderness I about swore under my breath. I so don’t feel like getting into a wrestling match with the devil, but ever since the year rolled from 2014 to 2015 I’ve been afraid. Last year was a good year, mostly peaceful with great students, and a couple dreams coming true. Brene Brown talks about this, about how very vulnerable we feel when things are going well.

She writes in Daring Greatly.“When I first made the connection between vulnerability and joy reported by participants, I could barely breathe. I had considered my constant disaster planning as my little secret. I was convinced I was the only one who stood over my children while they slept and, in the split second that I became engulfed with love and adoration, pictured something really terrible happening too them” ( 120). Lately, I feel like I’m ducking when a shadow traces the ground, glides over our shoulders on a sunny day.

Pastor Kinnear said we should make a moral inventory and I smiled stiffly, watching him read from his notes. I sighed. Seth Haines wrote a tiny letter urging the same thing, giving steps on how to do this. (Crap, now I’ve got a method.) 1. With writing implements and a journal, set aside 15 minutes for quiet prayer and reflection.
2. Open with prayer, asking God to expose your sin. If you’re so inclined, use the following prayer of St. Francis: “Most high, glorious God, enlighten the darkness of my heart….”
3. As your sins (the things you’ve done and failed to do) come to mind write them on a piece of paper.
3. Confess those sins, and if needed, write the steps you might need to take to make it right with your neighbor.

No, no, no. I so don’t want to do this. If I start listing my sins, I can find myself in a rubble of self hate and collapsed personhood, where I fall asleep reciting, “I’ve done badly. I’ve done badly.” Guilt has been my friend ever since I was a toddler when I imagined it looked like a black icicle. As a young girl I knew that if I were the only one, Jesus would have died for me and I wept for those sins day in and day out.

Back in college, someone I had a crush on, called me to the seat next to at the Wheaton College chapel. He told me to read the words, “There is therefore no condemnation to those in Christ Jesus.” No condemnation. He was trying to tell me even then to put the guilt away, but it’s hard when some of your earliest memories are the white haired preacher screaming how we’d all go to hell if we didn’t follow Jesus, and that hell, he relished talking about that hell, with its licking flames and torment. I came to Jesus on the rails of fear, afraid I’d be left behind if He returned. I prayed by my parents’ bed for Jesus to come into my heart and dreamed of a ladder, like you see in barns, dropped down from the sky, to our woods, in the same part of sky, Mr. Mosher’s Piper Cub rose into the air.

The other day, I woke discouraged, full of my own failure to be friends, wondering why I drive people away, why I skirt the outside, every time, wondering if that’s failing or calling, wondering if my gift is to stand on the inside of the outside as Richard Rohr says of our prophets, and call it like I see it. But oh Lord I don’t like that idea, that speaking up, the jarring way I can comment a non sequitur sometimes, or say something that feels more like judgement than love. And Lord knows we all need more love, less judgement.

Last week during On Being a woman asked Gwendolyn Zohara Simmons, a Civil Rights activist, how can she help her students in a time of racial injustice that has gone subtle, gone underground. I sat up and listened, so often empty as I stand before my students, asking questions, they don’t want to answer. Zohara Simmons answered, “Love them.” Well, yes, I can do that.

I still think Christianity is genius for this confession of sins because we don’t have to be perfect, we can tell God about how we don’t get it right, and we are forgiven. And Repentance, I heard this week how repentance isn’t a hell fire brimstone thing but a simple (!) changing our mind. Our perceptions cleaned up, so maybe for Lent I should surrender this fear and lean hard into thanksgiving. I can repent of my fear. Who would have thought? Yet the second fruit of the Spirit is Joy, this vulnerable emotion, often followed by ducking the shadow. Winn Collier wrote about this too, how his wife told him to give up guilt for Lent and he did. He said he opened a window to joy.

Maybe I should make a “happiness jar” and write down the good things and stuff it in a mason jar, just so I can look at what’s been good in my days like the cold washed Orion leaning down, offering to let me ride his shoulders and the snow brushed on Morgen’s pelt like glitter and the car driving way too fast on our road, my dogs and I safely back in the yard, and a former student standing by produce boxes, the lettuce giggling behind us, saying how he wants to change the world, saying thank you.

Well, what do you think? Are you doing anything special this Lent? How do you feel about Lent yourself?

If you’d like to read more of my work, my novel is available at Amazon and Barnes and Noble. It is also available as an ebook at Kindle, iTunes, Nook,  and Kobo.