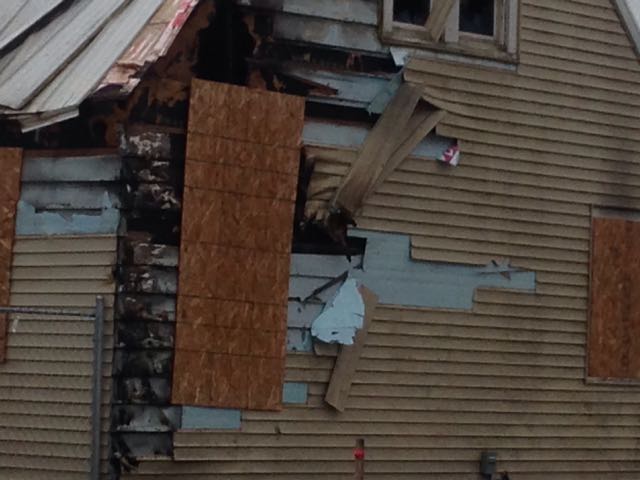 Ask our neighbor Kenny, or or my husband Bruce, what I thought about the new neighbors and they’ll tell you I was suspicious, to put it mildly. I’d heard a rock and roll star bought the place, and he was setting up an animal rescue, an all kinds of animal rescue. I had visions of loose pit bulls savaging my horses and horses packed into the five acre pasture, growing thinner by the week. I wondered about whether the county was going to issue a special use permit, whether I should give the county a call.  Bruce told me to calm down, leave it be. He knows when my imagination runs, which is all the time.

We were out driving Morgen and a woman was walking her pit bull (what friends call a pibble, a softer, kinder word for a breed that gets a nasty rap). She squatted on the roadside and said he’d never seen a horse before as he strained at his leash. I didn’t like that she’d walked all the way up the road past our neighbors a good mile from her place. But then again I’d taken my dogs for long walks too, though neighbors’ loose dogs have stopped me from going by their place. She said they were going to save horses and cows as soon as she learned about them. Morgen stopped and looked down at the dog. Oh boy I thought, is she some kind of tree hugger that saves cows bound for slaughter when that’s their job? And horses, you’ve got to know what you’re doing with horses, what to feed, their need for regular farrier and vet visits. You can’t just turn them out to pasture unless they are used to grass. She seemed innocent and bright eyed, happy to be here. But that was before winter. The next thing I heard was they bought two hundred bales of hay from Kenny, who said they were nice people. All I could think was I hope they know what they are doing with those horses. An abused horse is a whole different ball game than an abused dog. I grumbled my fears.

I’d heard gun shots from inside their quonset hut and gasped when the four wheelers shot up our road, wondering if they would know enough to slow down while passing our carriage. Bruce said four wheelers aren’t legal on the roads unless they have a license or you’re a farmer driving between farms. I didn’t think this guy would care. He drives a Tesla.

I watched as construction trucks drove to fix up the place. I envied the steel roof. And did not like the vapor lights polluting the night down that way. (The night is so dark here you can see the bubbles in the Milky Way.) The lights would flick on about the same time the same time I was walking our dogs for the last time of the day.

Whenever those fears snake through my talk, Bruce tells me to calm down. He says it will be all right and usually it is. But those fears show up as prejudice. In this case I was prejudiced against the new neighbor, simply because they were new though it is true that good neighbors can bolster a neighborhood and bad ones can make it a miserable place to live.

In The Art of Happiness in a Troubled World The Dalai Lama and Howard Cutler say that prejudice is natural, that it goes back to our wiring to watch out for danger. We do have an Us/Them mentality as a species because if we didn’t, we could be killed by an opposing tribe. These are defenses wired in from a hundred thousand years ago, but just because they are part of our wiring doesn’t mean we should give into them. The Dalai Lama says, “If you feel sometimes the need to talk to someone, you can just knock on someone’s door, or  share your problems share your joys, invite people around” (42 -3). I’m sucked in as anyone in the national perception that rich people are entitled, come to a place and consider it their playground without regard to anyone else.  I’m wary about rich people taking up resources. But instead of going to visit, to find out, to make friends, I stayed back, asked for the gossip. And I did not like those vapor lights dimming the night sky.

One night Bruce and I were lying in bed, trying to sleep when we saw the flash of police lights. We both jumped to follow where they went. Two neighbors are frail and loved by us. If something happened, we’d show up. But the flashing lights drove straight up the road. We wondered why the police would go there. Another neighbor had been visited regularly by the DEA for drug violations with trotting horses. We watched out the window and saw a lick of orange, that swelled. We ran for our clothes and were soon out the door walking up our field, leaving the car at home, out of the way of the fire trucks, ambulances, and police cars that will surely come. There were animals living there. A person.

The fire roared out of the northeast window like it had grabbed propane and was raising its orange fist. The officer flashed a light around the house. Can’t you grab a garden hose and put it out while it’s still small? I thought. “Bruce slow down,” I said The smoke rolled, blacker than the sky, toward our house, as mean as the smoke John the beloved writes about rising from the abyss. Where are the fire trucks? Why is it taking so long? When will the whole house catch, become a skeleton of fire and burning timbers? Don’t the fire guys say fire moves fast, but this one didn’t. It stayed put in that corner.

“Here comes someone,” Bruce said, “get over into the ditch.” I stepped to the side, panting.

A volunteer driving a pick up truck with lights. And then the fire engines. I was surprised at their silence. No sirens out on the main road. No sirens coming up our road. Just lights. And what would become a carnival of lights when all five fire departments parked.

We introduced ourselves. Stana, the woman who ran the rescue, was bent over from a ruptured disk. She said she’d gone to play with another dog in the barn, plugged in her electric blanket, would have been dead from drugs knocking her too deep in sleep, if she’d not gone to play. She ran to the neighbor to call 911.

Two dogs were in the car with blankets. I regretted not grabbing my leashes. The fire men yelled, there was a dog in the house. Bruce and a sheriff’s deputy helped carry a tan pit bull out that he said was all muscle. Jax let the men carry him even though he had burns on his body. By the time we got to the car he was wagging his tail. His wounds didn’t look bad. The EMT tried to give him oxygen but he wouldn’t take it. Then they brought Stana the puppy, Razo, who hopped into the car. I was struck by the kindness of the police and firemen and EMT’s.

I teach my students to feel their bodies, to write the sights, sounds, smells, tastes. It’s funny because I don’t remember the sounds. The whole scene was silent except for the sound of glass breaking. All I wanted to do was help.

Later we drove to the emergency medical clinic in Rockford. I went along because Stana’s money and credit cards and phone had all been burned. The vet came out with two pages of charges, explaining dispassionately all the “ifs” that would have to go right for these dogs to live. She signed, saying she would pay, saying she couldn’t lose them. Then we waited. She contacted a friend through Facebook who would later set up a “You Caring Page” which is similar to Go Fund Me. By the time I looked it up, a few days later, she’d made the requested amount but she would need more. Smoke inhalation is an expensive injury to treat.

Sitting in the vet’s waiting room, I found out Stana runs the Recycled Pits Rescue, taking the dogs no one else wants, working with them, and finding them homes. She’d been doing this for twelve years. This was no beginner or fly by night operation. It was no hoarding situation either. Her Recycled Pits page on Facebook has 3,900 followers. She is so devoted to this cause she will do without. I asked if the owner was a good guy. She nodded. He’d have to be to set up the place as a rescue for her dogs.

We walked back to say good bye to her dogs, both sedated with tiny orange tubes snaked into their noses. I followed Stana’s car toward home, but turned around, left my credit card number, that she wouldn’t need. The kind dog, Jax, didn’t survive. Three other dogs needed help with smoke inhalation. The pup, Razo, was eventually taken to UW Madison, to be put on a respirator, but he is getting better.

If you would like to read more of my work, my novel, The River Caught Sunlight is available on at Amazon, Barnes and Noble and Books A Million. It’s also available as an ebook on Kindle, Nook, iBook and Kobo.