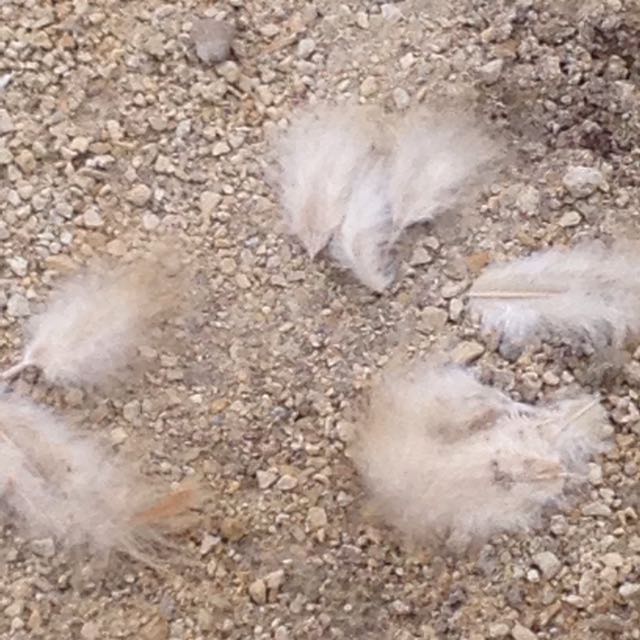 Sometimes the Solution is Easy: WNIJ

“They’ll be all right,” I thought, since my chickens were roosting on the half wall by my pony, Tessie.

“They’re in the barn. They’ll be safe.” I switched off the light on Number 5, 6 and 7. I forgot to bring their food into the barn.

The next morning, there were two feathers in the hay and no chickens. Usually Number 7 hides behind the manger. She wasn’t there.

Outside there was a line of feathers along the concrete platform that borders two sides of the barn.

Bruce peered at the limestone and found the hen’s scratches and a canid track. He found a half circle of feathers by the manure pile. I found a circle in the pasture and a bubble of grief that won’t break.

“If only I’d shut the door.” The rooster was silent the next day.

A few years ago we did the same thing. Our Barred Rocks and Buff Orphingtons were a scatter of bodies and feathers. Five, Six and Seven were the survivors.

I think of the terror I was supposed to prevent.

Yes, it’s the circle of life for a hungry coyote to eat a chicken, for nature to kill without regard to a person’s feelings or friendship with that animal.

But if you’re the one feeding the flock, maybe — just maybe — it’s the better part of wisdom to shut the damn door.